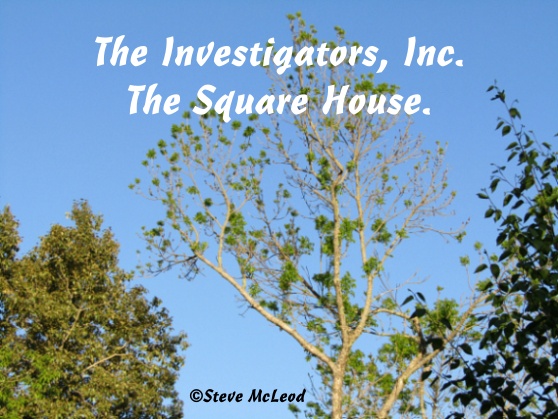 And now, after talking with Baldwin, we continue with our story…

We continued to sit outside and talk for a while. “So, what do you cats think about all this,” I asked. Meow,meow?=Me think Caren’s sister have big problem, but she not know where Caren live now, so how she could be involved with this? Meow.=That true, unless she have way to find out, money big way to find out things with human people. “Hmm, that’s true,” I said, “I think perhaps money bought that one police officer, that’s why she checked the cellar and not the other officer. And perhaps she knows someone in the rehab program where she can buy information.”

Meow,meow.=Me still think that Caren not guilty of anything, she innocent and she scared of stalker. Meow?=Me agree, easy to tell she genuine, you paying attention? And he looks at me. I know what he’s getting at. “Don’t forget about Lena,” I said. Meow,meow.=Lena not seem interested in you, she stay in France when we go home. Meow.=That true, still, maybe she waiting for Mr. Slow here. “Hey you two, stay with the case,” I said, “something isn’t right here and I just can’t figure out what it is.” Meow,meow=Maybe we go look at house while Caren at work. “Now that’s a good idea,” I said, “she did give me the keys to her car and said I could use it all day.”

Meow!=Hey, wait, doctor say you two supposed to relax! “We will relax Mr. Cat,” I said, “just looking around the house isn’t something hard.” Meow,meow=Me agree, let’s go. “You sigh a lot Mr. Cat,” I said. Meow,meow=Yep. Meow.=Because you two not listen to doctor. Or me. I park at the front of the house and could see that the front door was open. “Careful now you two, there might be someone still inside,” I said. I got my gun out and the cats went racing in ahead of me. No one was close by the door anyway. I closed and locked the door. Then I checked the other 2 doors which were still locked, as were all the windows, rooms were empty. It actually didn’t look like anyone had been in the house.

But I know we locked that door when we left, so someone had been here. Even the trap door to the cellar was still locked, that only leaves the attic and we have never been up there yet. Looks like this would be a good time to check it out. The door was closed, but not locked, proving someone has been here. In we went, I turned the lights on, wow, what a lot of stuff! Caren was right about that. It will take a long time to go through all this stuff. I found an outlet and plugged in a scrambler, then I gave another one to Muffin and sent the cats off together to plug it in further away. It’s a big room so I want to make sure we can talk anywhere up here. They came back quickly after doing that. “Okay, you two can wander around by yourselves, but, stay together, and keep an eye on me too,” I said.

Off they went like they were on a treasure hunt. Maybe we are, in a way. Hmm, an old desk, so I go over and start looking through the drawers. As I took out the drawers I noticed that one was a bit shorter than the others. I look inside the spot and there is nothing odd to see…or is there? It blends in well, but there is a hidden “box” at the back. I unhook it from it’s spot and bring it out. Hmm, an old map of the property, square of course. But why hide this? There’s nothing special marked on the map, what an odd thing. Normally a person would hide something important, unless there was originally something else in there too, found by someone else, like the people trying to scare Caren.

Suddenly the lights went out, that certainly made it dark. Then a crash, I turned, two shots were fired and I shot back. Then the cats shot a couple of light flares which worked great and I could hear people running down the stairs. I followed, but they were already out the front door before I got to the bottom of the stairs, but I got a look at the car driving away. I must have hit one of them, there was blood on the floor. Then I noticed the blood on my face. Meow,meow=You hurt, call help. “It’s okay Muffin,” I said, “I can drive back.” Meow,meow!=You call help now! Maybe she was right, so I called Baldwin who got in touch with his men. I’m not feeling good. Then everything went dark.

27 Comments on “The Investigators, Inc. The Square House. Chapter 11.”