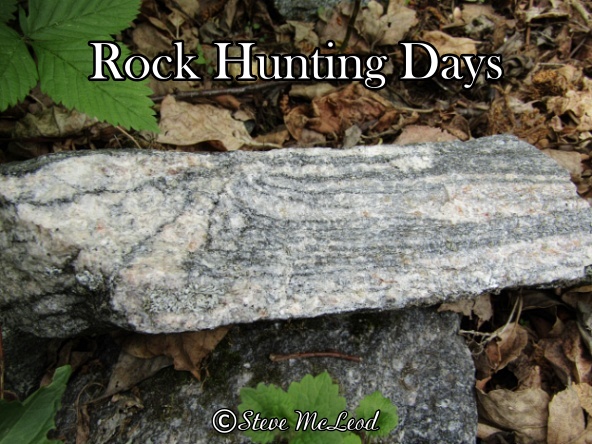 It is a beautiful, sunny morning.  Slight crispness in the air.  But it’s spring.  A great kind of day for…rock hunting! (and you thought I was going to say insulatoring.  Sorry, not today. This was before the days of collecting insulators).  We are already on our way to a new site which hopefully will produce some new finds.  We are driving down this ‘road’, more of a trail suitable for a large truck, but we have a car.  Dad starts going over the list of items we need to have with us.  Dad should know better.  He left me in charge of getting everything together that we need for the trip.  Except the coffee.  Dad did that himself.  It was the most important thing and he wanted to make sure we had that. 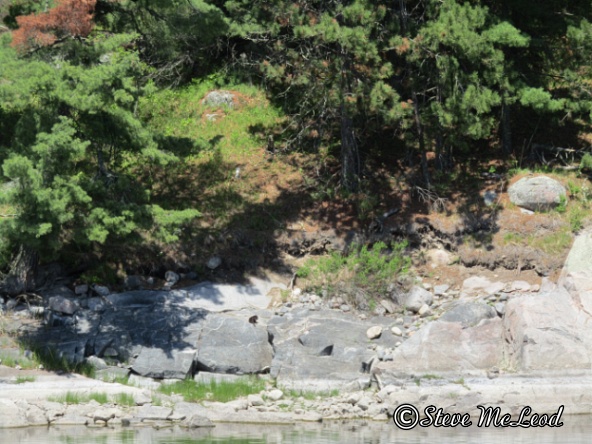 Anyway.  Going over the list.  Hammers, chisels, safety glasses, book, magnifying glass, map, buckets (for the rock samples), large pry bar, gloves.  Oops.  Forgot that last one.  Dad looked at me.  Bonehead!  Hmm, he was enjoying himself before we even got there.  Sandwiches?  That was your department, I said.  Dad looked at me.  Bonehead!  Twice.  And we are not even there yet.  Actually mom made the sandwiches.  Which are still sitting on the table at home.  Oh well.  At least we have coffee, I said.  Dad just looked at me.  Fortunately we arrived at our destination right then.  Dad was ready to turn around.  Can’t now, I said, we’re here.

Things went rather smoothly.  For a while.  Dad called me to bring the pry bar.  That was a 6 foot long, very heavy steel bar, great for moving rocks.  I brought it over and pounded it on the ground.  Guess I was standing too close to dad.  Hit his foot.  Kind of a dull thud.  Dad let out a loud groan and walked around for a bit.  Doesn’t it hurt walking around on a sore foot?  Dad just looked at me.  He wanted to lift this big rock while I removed the smaller rock under it.  Fine.  Couldn’t move the smaller rock.  It was bigger than it looked at first.  I tried prying up the large rock.  No good, I said.  Dad said to stand on the bar.  Not a bad idea so I did.  Still not quite enough.  So I jumped on the bar. 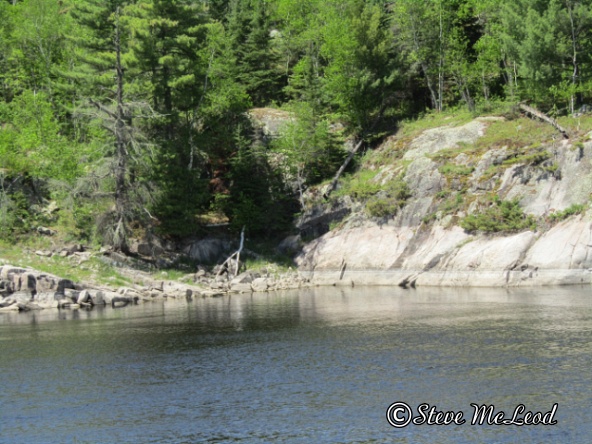 Dad just looked.  Bonehead!  I was quite amazed that such a thick steel bar could bend so easily.  Rather bent now, I said.  Dad just looked at it.  Got me laughing.  Ha. Ha. Said dad.  Dad tried to straighten it.  Wouldn’t budge.  Still laughing.  Me that is.  So we tried digging the rock out of its spot.  Should have gloves, said dad.  Think he said that several times that morning.  Dad was trying to wiggle that one rock out while I tried to move the one next to it.  Probably not a good idea.  Mine suddenly moved.  Scraped right alongside dad’s hand.  Good thing we have the first aid kit, I said.  Dad said something about gloves once more as he held his hand and walked around again.

He used to walk around like that every time he hurt himself.  I guess walking made it feel better.  Somehow.  I kept working at that rock while dad walked around.  It’s moving, I called out!  Dad came over quickly.  Probably wasn’t a good idea.  Rock came out just as he got there.  And it whacked right against his leg.  Amazing.  You’re sure hurting yourself a lot this morning, I said.  Dad had sat down this time, rubbing his leg.  He just looked at me.  Bonehead, he said.  Time for coffee.  Then dad thought.  Did you bring the coffee?, he asked. 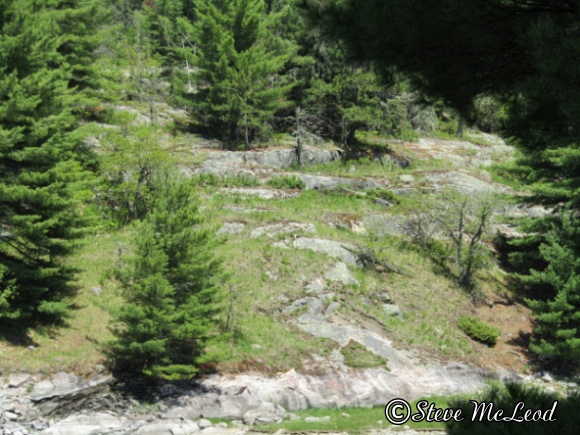 You said you were doing the coffee, I said.  I put it by the sandwiches so you would bring it with the sandwiches, he said.  But I forgot the sandwiches, I said.  Then you also forgot the coffee, said dad.  No, the coffee was your part, I said, you told me you were looking after the coffee, that means bringing it too.  Dad just looked at me.  Bonehead!  Hard to imagine that he could be enjoying this.  All this time we were not even paying attention to the clouds that had moved in.  And now it started to rain.  Quite hard.  Oh well.  We didn’t have any food anyway.  But we did find some great mineral samples that morning.  I mentioned this to dad several times on the way home, to help make him feel better.

Good thing you suggested to go out this morning, I reminded him.  Everyone makes mistakes, he said.  Not sure what he meant by that.  I hope you all have a great weekend and God bless!