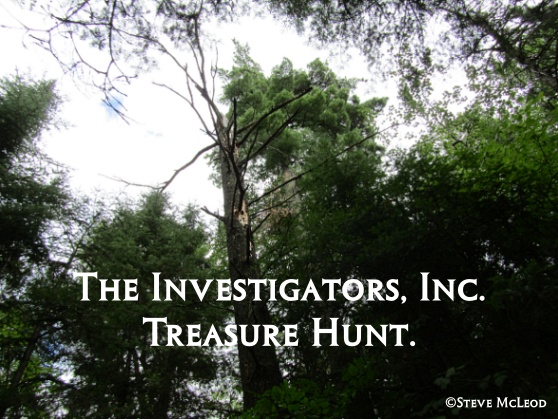 I stayed with Baldwin all afternoon waiting for my stuff he ordered for me. Then I got a call. “Well,” I said, “it seems that Baldwin is the only player left in this. Adalee has disappeared completely, her house is empty and she is gone to wherever.” “Hmm, that means Antoine scared her off,” said Baldwin seriously, “I said it before, he’s dangerous, don’t mess with him Steve, let me deal with him.” “No,” I said, “it needs to be done this way. There’s something else, I know why Baldwin wants that chateau and it’s because of those tunnels. A place to hide his new “business”, which involves girls.” “Now I really want to deal with him,” said Baldwin. “No need,” I continued, “the police have enough evidence now to put him in prison for a long time, including for murder and attempted murder, plus many other charges.

So they will be at the chateau tonight as well, and they are giving me until midnight to get Calanthe and Lena out of there before they move in. So I sure hope that stuff gets here soon.” “Don’t worry Steve,” said Baldwin, “it will be here. But you need to be extra careful now.” “I will be, for sure,” I said, “now, just one more thing I need from you.” “Just name it,” he said. “I need you to look after the chateau treasure for me,” I said. Baldwin just stared at me, then said, “you actually found it?” “Oh yes,” I said, “I found it quite early on, but I needed to keep things secret from everyone just to make sure nothing slips out.” Then I wave to a car across the street. “Do you mind if we put the treasure in the car here with us?”, I asked. “Not at all,” said Baldwin, “I want to see this treasure. And don’t worry, the treasure will be safe with me.”

“It better be,” I said with a smile, “or I’ll track you down!” Baldwin laughed. One of his men opened the door. Baldwin went pale, quite amazing really. He looked at me, then at the treasure, then back at me. Then he laughed again. A little later the package arrived with my order. “Doesn’t seem like much,” said Baldwin, “I sure hope you know what you’re doing.” “This will help a lot, believe me,” I said. I put the new backpacks and slingshots on the cats, then we drove out of town a bit so they could practice. They didn’t really need the practice though, they were perfect. I had some new gadgets to use as well. The time came and Baldwin drove us to where we needed to be.

We can’t go in the front door, but there was a window open on the third level of the tower. I tossed my rope ladder up and it hooked on nicely, so up we went. It was a tight squeeze going through that window, but I made it. Upstairs we went to the fourth level bedroom. There was 2 guards in the room. I went walking in and said, “Hi!” They both stood up and, “Thwock! Thwock!” Down they went. I pushed them under the bed then we opened the door to the passage and down we went on those narrow stairs. I had to take my backpack off and carry it in front of me. All 3 of us forgot about that trap on the one step and when my foot went on there a piece of wood swung out hitting my back right on my old wound. It knocked me down the last few steps and I lay on the floor in pain. Meow.=Someone coming.

Photos of Mr. Cat are kindly supplied by his human, Nina.

You can find previous chapters of this story and all other stories on my home page under “The Investigators, Inc” and “20/20 Investigations, Inc.”