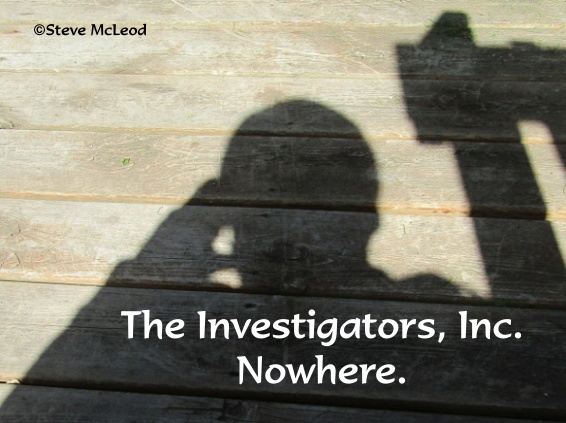 The cats were digging furiously by that one big rock, hoping to dig enough of a hole that it would roll off my leg. Might work too if we have enough time. They are certainly making good progress. Then I noticed a metal bar on the far wall. “Hey you two, see if you can drag that metal bar over here,” I said, “I can use it to lift these rocks off my legs”. They ran over and knocked it down, then they tied their special tow rope on it and started to pull, but they were unable to move it. So they brought the rope over to me. “That’s a thin rope,” I said. Meow,meow.=It special rope, very strong and easy to hold. I tried to pull but the bar dug into the dirt and wouldn’t move. “See if you can put something under the bar to lift it up,” I said to them.

Mr. Cat started digging and put himself under the bar and lifted it just enough that I could pull it to me easily. “Good job Mr. Cat,” I said as I got the bar placed just right and got the rock to slide off into the hole the cats had dug. It seemed to be taking so long, but I finally had the second rock pried up enough that I could drag myself out of there. I could barely move that leg, and the pain was terrible. But my back was the worst, that old wound, I can barely move now. But how do we get out? That pile of rocks and dirt only made it half way up to the kitchen door. Meow.=Over here, boxes, maybe we use to get out. I go look at them, they are wood and empty, but they are old too, however it’s probably our only hope to get out of here.

I start to carry them over very slowly, with terrible pain in every step. The cats managed to push some of the boxes closer so I wouldn’t have to walk so much. Then I began to stack them into some crude looking staircase. “Doesn’t look too safe,” I said, “but we’ll give it a try, you two go first and see how steady it is before I try climbing on those boxes.” Meow,meow.=Okay, here we go. And up they went nice and easy. Of course, they really don’t weigh much. I start up and the boxes moved with each step. Finally I can grab the kitchen floor and start to lift myself up just as the boxes fell into a heap on the cellar floor. That was close.

The pain in my back just about has me paralyzed now…but I have to do this. The cats grab my jacket with their teeth, pulling as hard as they can. I don’t think it helped, but they wanted to try anyway. I finally made it and was lying on the kitchen floor. I took off our breathing masks, then the cats pushed an old chair over to me. I managed to get myself up onto my feet and out the door we went. I collapsed on the ground just as we heard, and felt, a large rumbling explosion!

The house caved into a pile of rubble and dust was floating all through the air. I managed to crawl along on the ground to an old stump near the trees and pulled myself up to sit on it. Once the dust settled a bit more I called Baldwin for help. Soon the helicopter was here, they had to lower a stretcher for me to lie on, there was no way I could climb up the ladder. They flew me to a hospital in Switzerland, apparently there was a medical convention happening in the city and 3 of the doctors had agreed to check me out. One was for my back, the other two worked with various types of amnesia.

Mine wasn’t typical amnesia but a forced type, but they thought that perhaps they might be able to help with their new experimental procedure. After a week I was back at the chateau. I was walking, but slowly, though the doctor said it would improve. I have had my first treatment to try and restore my memory, but nothing changed. I will need up to 4 more treatments, but there is still no guarantee it will work. However, the doctors were very hopeful that there was no permanent damage done. We’ll just have to wait and see.

The End. Join us again next week for an all new adventure, The Mystery of the Square House.

Previous stories can be found on my home page under “The Investigators, Inc.” and “20/20 Investigations, Inc.”