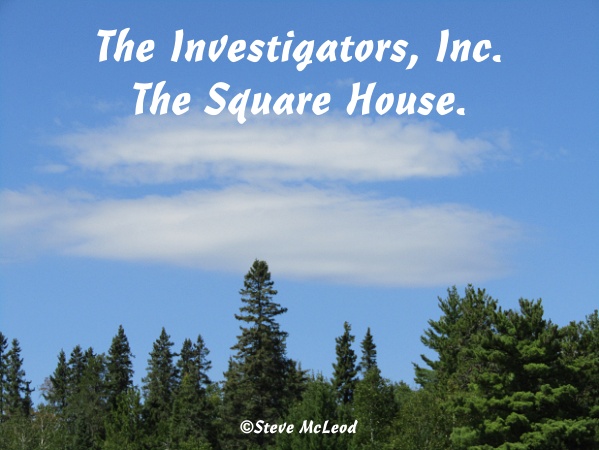 After I heard that voice, then I was kicked on my head sending me to the floor on my back. Then it started. “Thwock, Thwock, Thwock, Thwock!!” And gun shots as well. Then I opened my eyes to see someone running out the door and Caren lying on the floor. I managed to get up and drag Caren into the living room as more gunfire began outside. Meow,meow?=We go out and fight too? “No Muffin, Baldwin’s men can handle this,” I said, “I need you two in here to help us, my head isn’t too clear yet. I opened the windows to get some fresh air and Baldwin’s men came in looking for us. They said no one escaped, all had been shot.

“Good,” I said, “Gisela finally won’t be getting away on us to give us any more trouble.” Caren was waking up a bit by that time. “Sounds like a car,” I said, “guess someone is driving by.” “You can’t hear traffic on this road,” said Caren. “Go check!”, I yelled to Baldwin’s men and they went running out the door. Somehow Gisela managed to get up and drive away, even though she had been shot twice. Two of Baldwin’s men followed after her but never did find her or her car. The rest of us followed along at a slower pace and once again ended up at the doctor’s office. He just shook his head.

Then I noticed that Mr. Cat was limping a bit. Meow.=It not bad, just scratch. The doctor looked at him. A bullet had grazed Mr. Cat’s left front leg. It wasn’t too serious, which was good, but the doctor had it bandaged anyway. Plus he needed a few stitches which he didn’t like at all, but Muffin stayed right with him purring away. The cats had taken 3 of Gisela’s men, but they couldn’t hit Gisela since she was holding Caren in front of her. Then she pushed her aside and started shooting so the cats took cover. That’s when Gisela and her remaining 4 men ran outside where Baldwin’s men were waiting for them. They got the other men and Gisela, but obviously only wounded her so she got away…again.

The police found her car at a small airport close to the next town about an hour away. She must have had a plane waiting for her there. Well, my trap almost worked, but she still managed to escape, so I guess that means we will be seeing her again. But, she was after something besides the cats and I, something at the square house, and it has to do with those graves. Now we have to find out what that is, and…find out who is stalking Caren. I don’t believe it was Gisela. It could be Caren’s sister Annali, but for some reason I don’t think she is behind the stalking. It’s just a hunch though, because really, there are no other suspects. Except those 2 young guys staying at the hotel.

I guess it’s time to check them out a little more fully. “Maybe we should just forget the stalker and look for that treasure,” said Caren, “if there is a treasure. Then I could sell the place and move somewhere else.” “And maybe the stalker would follow you,” I said, “or start stalking someone else.” “Yes, I guess you’re right,” she said with a sigh, “I wouldn’t want it to happen to anyone else, that’s for sure.” We stopped at a local restaurant for dinner before heading back to the square house. Baldwin called while we were eating, his men had just called him with an update. He apologized for his men letting Gisela escape. “No need for that Baldwin,” I said, “she is a hard one to catch, but we’ll get her one of these times.”

“And some big news,” he said sounding very happy indeed, “Lena and I are getting married!” “Hey, that’s great Baldwin!”, I said very cheerfully, “I always figured you two would be perfect for each other.” “Well, I’m glad you’re not upset with me over it,” he said. “Not at all,” I said, “Lena and I have been friends, nothing more, so I’m very happy for you both.” Caren whispers something to Muffin who then whispers to Mr. Cat. Giggle, giggle! Hmm, I wonder what that was all about? “I hope you’re not afraid to stay at your house now,” I said to Caren. “Not if you’re there too,” she said smiling. She has such a beautiful smile, and there is something about her…so different…could it be?

35 Comments on “The Investigators, Inc. The Square House. Chapter 14.”