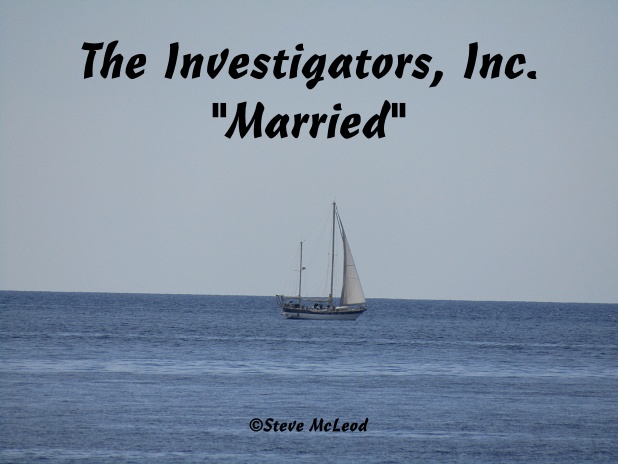 It only took a couple of minutes and Lena was awake and feeling fine again. Well, at least I don’t need to worry about Lena now, I’m greatly relieved about that. “Are you sure you’re okay?”, I ask her. “Yes Steve,” she answered, “perfectly fine now.” “Okay, then you, cats and kids stay here while I try to track down the kids parents,” I said. “What do you mean?,” asked Billy, “our parents are at home.” I just looked at him. “Yes, we came on vacation with you and Lena,” chimed in Candy. Lena looked at me. “Oh no,” I said, “you’re not playing games like that with us. Now you stay here and be good while I find your parents.” Then off I went down to the restaurant.

Jimmy’s daughter, Anne, was there so I asked her where the kids parents were. She had this puzzled look on her face. “What are you talking about?”, she asked, “the kids came with you.” “You’re fooling around with the wrong guy,” I said rather firmly, “now where are the Williams?” “There’s no one by that name registered at our hotel,” she said angrily and off she went. Okay, this is not a fun joke. I went outside. The only person out there was that one single guy that was staying here. I called Baldwin. “Is the helicopter on it’s way?”, I asked him. “Yes, it should be there in a few minutes,” he said, “any problems?” “Yes,” I said, “would there be room to take 2 kids back?”

Then I explained what was going on. He called the helicopter, then called me back. “The pilot will take the kids, the other man will stay to help you,” said Baldwin, “and I sent everything you asked for.” “Great,” I said, “I’ll make sure the kids are ready.” I quickly went back to our room and got everyone ready to go meet the helicopter. Lena had found the kids things in our room, making it look even more like they were supposed to be with us. The kids were quite excited to see a helicopter up close and I asked them if they would like to go for a short ride. They were really excited about that! In they went and once they were strapped in, Lena came running up with the kids luggage and I tossed it in as well.

“Hey, what’s going on!?,” yelled Billy. I shut the door and soon the helicopter was on the way back. “What is going on here?”, asked Lena. “I’m not sure,” I said, “but even Anne said that the kids came with us and their parents had never been here.” “Perhaps you’re being framed for kidnapping,” suggested Tom. He was Baldwin’s man that came in the helicopter. We quickly went back to our room and unpacked the boxes that Baldwin had sent. This included different guns and ammunition for them. My original guns had been substituted for others and the bullets given me by James would have exploded had we tried to fire those guns.

Why would James be trying to stop us when he wanted us to help him? Lena and the cats stayed in the room while Tom and I went downstairs. We found Jimmy and Anne with luggage heading out to the hotel boat. Jimmy said they were heading to the big island and then to Australia for a short break, but his parents and staff are still around. I asked him about the Williams. He had never heard of them and he also claimed the kids came with Lena and I and that Lena had said we were planning to adopt the kids. I told Jimmy I didn’t like the joke and asked what he was up to. He basically said the same thing to me and then they got into the boat.

He turned on the engine and the boat exploded! Tom and I were far enough away that we were not hurt. There was nothing left of that boat but tiny pieces. They found out the hard way that they joined the wrong side. Tom and I quickly went back inside to make sure Lena and the cats were safe. “I was worried when I heard the explosion,” said Lena, “now what?” We went back down to the lobby and the single guy came running in, he had heard the explosion. He said that everyone from the hotel had left an hour ago on the big boat and the owners told him that Jimmy and Anne would be looking after the hotel for a few days. That means we are the only ones out here now.