Posted on September 7, 2021 by stevescountry 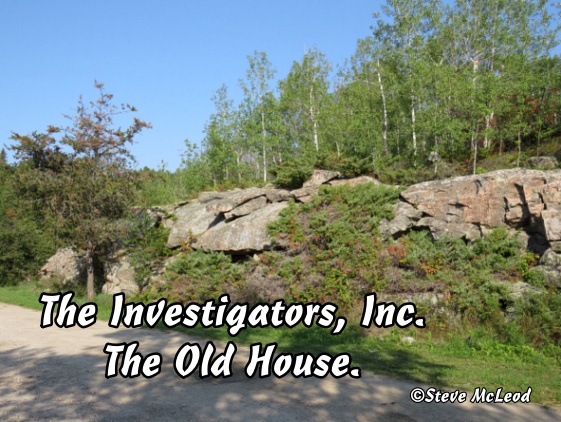 I quickly grabbed Kat while Bradley, who is a very tall man, used that big knife he likes to carry with him to cut the rope. That knife is sharp, he cut through that rope very fast! I must remember that. I carried Kat over to the sofa right away and took the rope off of her, along with another small object before the others noticed it. Then I worked to get her breathing again. She couldn’t have been hanging there very long. Soon she was breathing again. I told Bradley and King that from now on no one should be alone, not even for a short time. “Susan is alone in our bedroom!”, yelled Bradley and off he went.

“You better tell your friends too, King,” I said. “You okay here?”, he asked. He actually sounded very sincere, I told him everything is fine, so off he went back downstairs. I put my head down on Kat’s shoulder and the cats jumped up on the sofa and started purring as loud as they could. Kat smiled at them, then at me. Meow.=Oh, they do that kissing thing again. “I won’t leave you alone again,” I told Kat. “Not your fault,” she said slowly, then she looked at the cats, “not your fault.” They had their heads down. I looked at them and said, “get up here and hug Kat.” And they did so right away.

Meow,meow.=We so bad, not good cats, we not do job. Meow.=Yes, we very bad, you almost die because we chase mouse. “We all learned a lesson here today,” I said, “because each of us made mistakes. Did you see who did it Kat?” “No, didn’t see anything, felt a small pain here, then I was out,” she answered slowly. “That little pain saved your life actually,” I said, “this is what did it.” And I showed her the small dart that hit her on the throat. “That looks like yours,” she said. “It is mine,” I said, “so I quickly removed it before Bradley saw it since I showed him my dart gun before.

It wouldn’t have looked good for me, since I could have done this to you before going downstairs. This is what that man was looking for at the beginning when he went through my suitcase. I had an extra bunch of these in there. But how did he know that? Now, there’s something else…” Just then King showed up again and said that Susan had come out looking for Bradley. “I saw him going down the hall to their bedroom, but he didn’t make it,” said King. That’s not good, I thought to myself, Bradley is a big man, no one could take him down easily, except with a couple of my sleeping darts. “Okay, I’ll come right down,” I said.

“What about your wife?”, he asked, “I could stay with her.” “Thanks, but the cats will guard her for now, I will need you to help look for Bradley,” I said. “The cats?”, he asked, “what can they do?” They both growl. “Settle down you two,” I said, “now, no one comes in that doorway, no one, but use rubber, I want to question anyone that does come along.” Meow.=We do it right this time, we be good guards. Meow,meow=Yep, both us be good guards, no one get past us. “And be careful about darts, don’t give anyone a chance to do anything,” I added. “I won’t be long Kat,” I said. “Just make sure you come back,” she said. “Oh, Muffin, look at the carpet and tell me later what you see,” I said, then I nodded at her. Meow,meow.=I already did. “Good girl,” I added. Then King and I left to look for Bradley.

Meanwhile, back with Baldwin…He came into the kitchen where Calanthe, Jennifer and Annelie were sitting having tea. He gave a note to Calanthe and she started crying. Muffin had sent a distress call to Baldwin, but that was before we knew Kat was okay. So the note just said that she was hung. Baldwin told the others what had happened and that I needed help. Jennifer and Annelie volunteered right away and soon they were in the air on one of Baldwin’s private jets. Back to us…King grabbed a large knife from the kitchen for protection and the two of us searched all the rooms on the main floor. We didn’t find anything, but then I decided we should check the Collins’ bedroom too. We go down there and Bradley was lying on the bed. I ran over to him while King stood at the door staring. I quickly checked and removed 2 sleeping darts from his neck…

Links to previous chapters of this story, and other stories, can be found on my home page under “The Investigators, Inc.”

12 Comments on “The Investigators, Inc. The Old House. Chapter 5.”