The Investigators, Inc. Mystery Of The Beginning. Chapter 11. 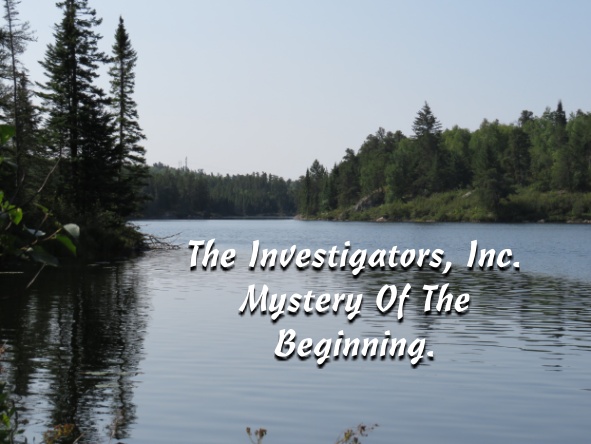 Now, back to my team… “What is wrong Melanie?”, asked Kristina, “you look worried about something.” “Yeah, I have been thinking,” she answered, “maybe I have given some wrong information. John had told me he was taking the PI to that place in Russia, but afterwards he was in a room talking with that awful doctor and said to him that they would be in Poland for just a couple of days and then leave. I figured that meant he was going to Russia after that. But that doctor is from Poland. Maybe John thought you might find me and gave me the wrong info to throw you off.”

“That would be like John to do that,” said Kat, “now, we need the name of that company he leased the jet from.” “That would be WingCloud Aviation Ltd.,” said Melanie, “he uses them to fly in his drugs to the US.” “He is dealing in drugs?”, asked Kat. “Big time,” said Melanie, “he sells to the big dealers here. He just started really, but he will pull in millions of dollars this year. He hired me to look after things because of my memory.” “You have a good memory?”, asked Baldwin. “Sure, I can look at any page for just a few seconds and have it memorized,” said Melanie.

Baldwin gave her a receipt he had. After 3 seconds she gave it back and quoted it all accurately back to him. “Not one mistake,” said Baldwin, “now that is a unique talent to have, right Kat?” “Yes, I agree,” that is quite amazing.” Baldwin called one of his companies for information on WingCloud Aviation. They had a jet leased to John who would be flying to Gdansk, Poland, then back to Paris, then on to New York. “So, he is not going to Russia after all,” said Kat, “that is good to know. Kristina, do you know Polish?”

“Yep, sure do,” she answered. “Okay, you will come along,” said Kat. “I’m coming too,” said Jennifer, “I can do it.” “Okay Jenny,” said Kat, “I understand, you can come along.” “Hey, you are not leaving me alone are you?”, asked Melanie with a terrified look on her face. “We could bring her along,” said Baldwin, “and yes, I’m coming along too.” “Okay,” said Kat, “get dressed quickly, we’re already almost a day behind John.” Then Annelie called, “I have Steve!”, she said excitedly, “they are nearing Europe now.”

“Fantastic!”, exclaimed Kat, “that means Steve was able to activate the tracker finally.” They all get ready and head to the airport where Baldwin’s jet is already waiting for them. Soon they are in the air and headed back to Europe. But can they get here in time? I have to fight whatever this doctor is going to give me, somehow. Kat calls Rossana and lets her know what is going on and asks if she can arrange a search of that jet when it lands. She set it up and the police were ready as soon as the plane lands.

“Hmm,” said Annelie, “they made a brief stop in Germany, but the jet has left again. However, Steve’s signal is still in Germany.” “That means they took Steve off the jet,” said Kat, “and they will bring him across by car. That makes it harder, unless they can put a check stop in place and check every car crossing into Poland.” Kat calls Rossana to let her know the developments, but for some reason she cannot get through. “Well, if Steve is not on the jet, they can always search it for drugs too,” said Melanie,

“tell them to turn the light switch at the front, one full turn clockwise, when it clicks, turn back half a turn until it clicks again, then push the switch up and the middle section of the ceiling will drop down enough they can reach in and get the drugs. All the jets are like that. He also brings drugs in with trucks and uses a similar system for hiding the drugs in the roof of the trucks.” We had already gone into Poland before Kat was able to reach Rossana again. The police did check the jet and found the drugs, immediately arresting the crew.

They contacted the police in the US who checked one jet just coming in to Los Angeles and found it full of drugs too. Then they closed down the WingCloud Aviation company, and started looking for the trucks that Melanie told them about. We stopped just before getting into Gdansk at what looked like a broken down abandoned factory of some kind. We went down some stairs to a well equipped laboratory, obviously the place where the doctor carried out his experiments, and I was next on his list. They strapped me to a table and the doctor gave me something to put me to sleep. I tried to fight it, but…I just…could…not…

10 Comments on “The Investigators, Inc. Mystery Of The Beginning. Chapter 11.”