Posted on February 8, 2022 by stevescountry 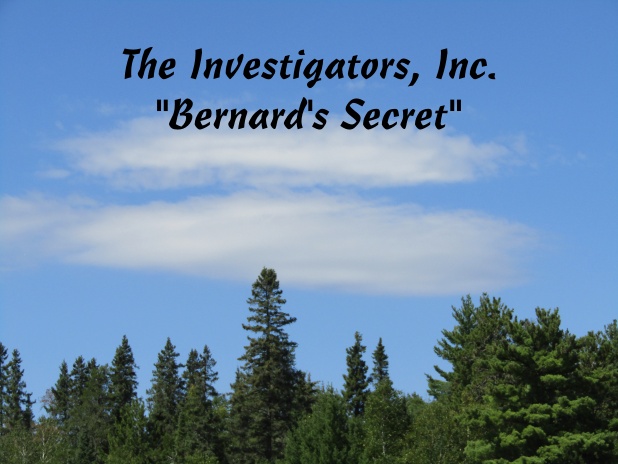 I woke up laying on the couch, with a big headache. Those rubber balls that MC uses can really hit hard. Which is the point though, otherwise they would be useless. “What happened?”, I asked. “The drugs were having their effect on you Bernard,” said Kristina, “so you attacked Annelie and then tried to kill yourself. So MC stopped you with one of his rubber balls.” Annelie was awake now too and was watching me carefully. Melanie came over with some tea for me.

Must admit, it sure tasted good. I stood up to stretch and kind of lost my balance a bit so Melanie ran over and caught me. That must have triggered something and I punched her in the stomach, then knocked her to the floor. Kristina came over to grab me and I immediately flipped her over my shoulder and onto the floor. Jennifer came in at that moment and went to kick me, but I moved out of the way, grabbed her leg, twisting it which sent her crashing to the floor.

Kat was at the doorway watching, but was unable to join the fight against me. Jennifer got up again, but this time she moved much faster, kicking me in the stomach, then in the head. I fell against the table, groaning, then dropped to my knees. I tried to get up, but by this time Rock was back and he grabbed me tight and tossed me onto the couch, warning me not to move. An unnecessary thing to say for sure. That table got me right in the back on my old wound.

I could not move at all right now. Kara and Chung arrived shortly and Chung gave me something to calm me down. “That is what those drugs do to people,” said Carine with tears rolling down her cheeks. Kat seemed to be in shock at what she saw, then she just broke down, falling to her knees. Kara and Chung took her back to her bedroom and Chung gave her a sedative too. Carine came back also to stay with Kat so Kara could go back to the clinic with Chung.

They wanted to check me out, especially my back. Rock went along, just in case they needed some help. All the girls were a bit shook up by what happened. None of them ever thought they would have to fight me, at least not in a real fight. The cats had disappeared before this happened. It seems that MC went to hide after he had to shoot me down again, it was hard on him, that was the third time he has had to do that. Muffin then went to look for him.

She finally found him hiding in their playroom and convinced him to come back out. Jennifer picked him up. “Hey MC,” she said, “don’t feel so bad, you did the right thing, otherwise we would not have Steve right now.” Then she gave him a big hug and so did the other girls. I was back home the next day and feeling better. We were all in the library talking and waiting for Baldwin to come and join us. Annelie brought in some freshly made donuts, a specialty of hers and something we all enjoy.

“Only 3 Rock,” she said. “Aww, but Annelie,” he pleaded, “I’m a big guy, I need more than 3!” “Just 3, until everyone else gets a chance to have some too,” she said smiling, “besides, this is just the first batch, more are on the way.” “Oh, that is different,” Rock said, much happier now. Jennifer watched at how happy Rock was getting those donuts from Annelie. She whispered something to Kat. Kat giggled. “Go for it little sis,” she said. Jennifer came and sat beside me.

“Okay Bernard,” she began, “I want to kiss you and I want you to think of the name Antonella while we kiss.” I was kind of puzzled and looked over at Kat. “It’s okay with me Bernard,” said Kat. “Just remember to think of that name, Antonella,” repeated Jennifer, “it’s very important.” “Okay, I’m ready,” I said. Meow.=Wow, that long kiss. Meow,meow.=Yep, maybe they try for new record. Meow.=Or maybe they stuck together. I watch all about suction power on mewtube, could be stuck.

Meow,meow.=Oh, me need to watch that, sound interesting. Meow.=Maybe we should go do chomp, chomp, might help unstick them. Meow,meow.=Oh, that good idea, which one you want? “Forget it you 2,” said Kat quietly, “we’re trying an experiment.” Meow?=What is spears and mint? Carine giggled. “Well, in this case, we are trying to see if a kiss will bring Steve back to normal,” she said. “Yes,” said Kat, “though I might need to have a talk with Jenny about those long kisses.”

Then she laughed. “Antonella is kind of an odd name,” I said, “but Honey is nice. And since we are married it would be natural to call you honey anyway.” “Just don’t forget about the case,” she said. “I won’t do that, we will get your little brother back,” I said, “by the way, where are we and how did we get here?” “This is where I live Steve,” said Jenny, “and you live here too with Kat.” I looked over at Kat totally surprised to see her sitting there watching us…