Posted on September 23, 2022 by stevescountry 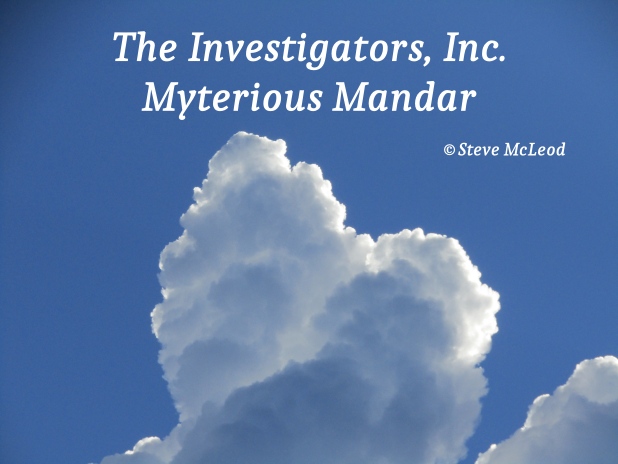 Well, Chung talked to me, then Galyna talked to me. They both said the same thing, I need to rest. Then Baldwin said the same thing. Sigh. How can I rest around here? Everywhere I look I see Kat. Not literally, of course, but I think of her, and that just causes more stress. I need a vacation, just get away from everything and everyone.

“Well Muffin, what do you think,” I began, “we go on vacation, just you and me, oh, and MC too of course.” Meow,meow!=And Storm too, not nice to leave him out. “Okay, Storm too, if he wants to come with us,” I agreed, “no go get those two, but do not say anything to anyone else just yet.” Off she went trying hard to get up speed on that slippery floor, then sliding down the hall.

Soon she was back with the other two. Storm was excited that we would let him come with us. “Where are all your vacation brochures?” I asked. They then pulled out boxes from under the bed. “I think you have more than normal,” I said. Meow.=Just got new batch in mail yesterday. Amazing that so many places still use those brochures. While we were looking through them and having our usual fun time ripping and tearing them apart into little pieces, the bedroom door opens.

“NO.” she said. “Now I know there is an echo in here. The cats and I are going on a vacation together so I can relax for a while,” I said, “I am doing what the doctor said.” “NO!”, they both said together. “You cannot go by yourself,” said Jenny, “it is in the rule book, no one may go anywhere by themselves, there will be at least 3 at a time going anywhere.” “There will be four of us,” I said pointing to the cats.

“That does not count,” said Jenny. “I agree,” said Sigurbjorn, “the rule is referring to 3 people, sorry kittens.” Meow,meow.=Sugar right, it say 3 people. “Hey, I thought you were on my side,” I said. She smiled. Still wish I knew how they learned to do that. “So, that means I have to go with you,” said Jenny. “And me as well,” said Sigurbjorn. “Then the whole team will want to come,” I said, “and every time we go as a team, someone finds out we are a PI team, and we get involved in a case. That is not relaxing.”

“We can sneak away at night,” said Jennifer. Meow.=Oh, that a good idea, we be sneaky types. Meowr.=Me like that too, sound like fun. Muffin also agreed. It just might work. “The only problem,” I said, “we are always to let everyone else know what we are doing if we go away somewhere. It is a safety rule.” That cooled off the excitement, so we decided not to go just now.

“Okay, we will put away the brochures, and you must promise not to look at them,” Jenny said to me. “I will not even touch those brochures,” I said, “and neither will the cats.” So, the girls slid the boxes back under the bed. Meow,meow.=Now what we do? No can sneak away without brochures. I looked down the hall, the girls were gone. I closed the door, we do not have locks on doors for safety reasons.

I pulled back the blankets and, some brochures were there. Meow.=Oh, you pull sneaky. “Yep, but nothing is to be said about this,” I told them. We found a nice place, but we cannot make a reservation since all phone calls are recorded and sent to Annelie and Baldwin. That way it makes it difficult for a spy to get into our midst. It also makes it hard to sneak away. This will take some planning, but I am sure we can do it.

Well, everyone is out of the clinic now and doing well. That relieves a lot of stress in itself. Since we had nothing else to do, we all began working on that crazy clue. Storm had never looked at the clue since he does not like puzzles, but on this day, he did glance at it. Meowr.=It look like writing of techy people. “What kind of techy people?” asked Annelie. Meowr.=Azzies techy people from where I born.

“You mean the Aztecs?” I asked. Meowr.=That what I just say, he does need rest. Everyone laughed. I did not see the funny part. Annelie looked it up and it talked about a village in the northland where the fish people live. That part did not make sense. “That might be ‘Finnish’ people,” said Tuva. Now that made sense and we were soon flying to northern Finland to a certain village and…