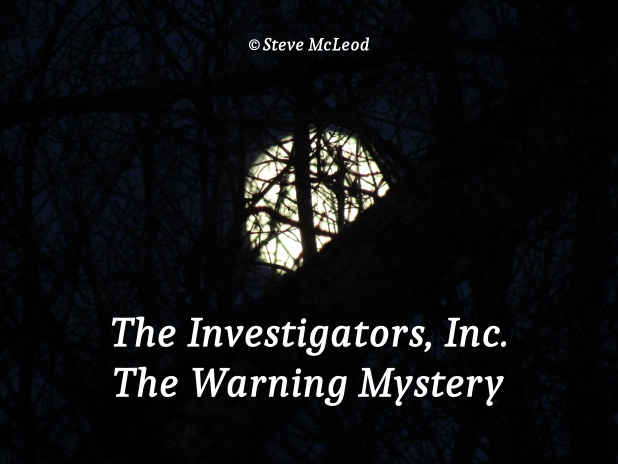 Now that we knew it really was Kacie Trenton that we wanted, we just needed to find her. Annelie did that part for us and discovered she owned a luxurious suite in London, so that is where we went. I left Carine and Kristina, plus the cats, at home to help guard Annelie, the rest of us were soon on our way to London. Finding her place was not hard now, although getting into the building was a bit difficult due to the security service that guarded the place.

However, Angel came to our rescue this time, pretending to be one of Kacie’s girls. They opened the doors and in we went. We did have to put some people to sleep so we could go upstairs. She was right at the top of this building, which made sense. Up we went, but once there the door to the elevator would not open. A woman talked to us and asked who we were. Angel said she was a new girl that Kacie had hired.

The door opened, Jenny, Sigurbjorn and Angel rushed in and quickly subdued the 3 women in the room. Then we heard noise in another room and Rock smashed the door open, then came out quickly. I went in and called for Jenny and Sigurbjorn. They then untied a young woman and brought her out. “You better not say anything, if you know what is good for you!”, yelled one of the other women.

“Do not pay any attention to them,” said Jennifer, “you are safe with us now.” “Kacie will get you anywhere!”, yelled another woman, “so keep your mouth shut!” “What is your name?”, I asked. “Cindy Haywood,” she said rather quietly. I repeated the name for Annelie and sent the girl’s picture. “I, I, worked for Kacie,” she said, “she forced me, told me what she would do to me if I did not work for her. I was scared, but I did not know what else to do.

Finally, I tried to run away, but she caught me.” She pointed to one of the other women. Then she was brought here and tied up until Kacie came back. I asked the girls where Kacie was right at that moment. They all just smiled. “I can tell you that,” said Cindy. And she did. Then Annelie came back with a rundown on Cindy. She had disappeared a year and a half ago with no trace of what happened to her. No parents, but she did have 2 brothers and a sister who did not care what happened to Cindy.

According to the police report, the sister, said Cindy was no good for anything anyway and not worth looking for. Cindy put her head down. I told Annelie not to say any more for now. “Do not worry about that Cindy,” said Jennifer, “we know that is not true, and do not worry about those (pointing at the 3 women), they cannot hurt you now that you are with us.” Cindy not only told us where to find Kacie, she took us to the spot.

It was a large banquet hall where Kacie was trying to raise support for one of her 3 charities that she owns. The only problem is, the money raised goes to Kacie herself, and she raises millions of dollars each year for charities that do not really exist. I quickly contacted Rossana and she contacted the authorities here to help us. But we were here first and when I saw the big screens at the front which were just showing Kacie speaking, it gave me an idea.

Soon the screens were showing Kacie speaking and laughing as she beat me. People were gasping in horror. We had cut out the part with Kristina. Kacie turned to look at the screens and began screaming to turn them off. But they stayed on, Rock and John made sure of that. “What is going on here?!” yelled Kacie. Then Cindy walked onto the stage and confronted Kacie. When I saw that Kacie might hurt Cindy, then I came on with several of the girls.

“Hello Kacie, remember me?” I asked, “I have come back, you failed to destroy us and now it is your turn to be destroyed.” I already knew she was an expert knife thrower, and she always carried a couple with her. Cindy let me know that little bit of information. She was very fast too and threw a knife at Cindy who was next to me. I just managed to step in front of her in time and the knife hit me in the back. Sigurbjorn shot 3 times just as the police came running into the hall…

2 Comments on “The Investigators, Inc. The Warning Mystery. Chapter 16. Cindy.”