The Investigators, Inc. The Major Case. Chapter 13. Lost at Sea. 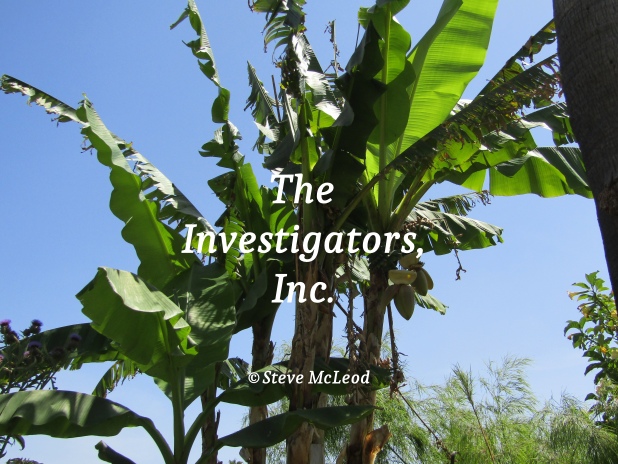 Poor Kristina was tired and could not possibly swim any more with those big waves. She was just trying to keep us all floating and that was even getting difficult for her. Meowr!=Me see island over there! Kristina had almost fallen asleep when Storm meowed his message. She looked and sure enough, there was an island and not too far away. It did not look very big, but at least they could rest properly and dry out.

The waves were pushing them in the general direction of the island anyway, so it did not take much swimming to get us all on the small sandy beach. And the beach was facing the sun nicely, which would help them dry off. Kristina did a good job and got us all on that beach quickly. I was still unconscious, something that had Kristina worried. She checked to make sure I was still breathing, and Storm listened to my heart.

Meowr.=Thumper still thumping good. “Nice going Storm,” said Kristina, managing a weak smile, “he is still breathing good as well.” Lying in the sun like we were dried us off very quickly, although it took longer for Storm to get his fur dry right down to his skin. He decided to go exploring and see if anyone lived on the island, and see if he could find any mice, he was quite hungry now. There were no mice, but he did find some beetles and a couple of spiders, so that helped a bit.

When he got back Kristina was sleeping beside me. Meowr.=That good, she need sleep. So he lay down in between us and fell asleep too. Kristina woke up to Storm patting her nose gently. “Why did you wake me up?” she asked. She was feeling very thirsty now, and hungry. Meowr.=Look at sky, storm coming. He was right, and they would not have much time to build a shelter.

Meowr.=Not need shelter, when me explore, find shelter ready made, kind of in middle of island. Also there is nice cold water come out of ground close to shelter place. “Well, show me where Storm,” she said. It was not too far away, and it was a good solid little one room cabin. Then Storm showed her the spring with such beautiful cold water. Kristina wanted to just keep drinking, it tasted so good. But she had to bring me over to this cabin quickly before it began to rain.

She dragged me all the way to the cabin without stopping even once until we were at the door. Then she brought me inside and put me on the small bed. There was even a couple of blankets, two chairs, a broken table and some dishes in a makeshift cupboard. Now if only there was some food, but unfortunately there was none. But she did fill a large jar with some of that spring water.

“Well, at least we will not go thirsty,” she said to Storm. He then went around the little cabin and found some spiders to eat. Meowr?=You want spider? Very juicy and good. “Um, no thanks,” she said, “you can have all you find.” Meowr.=Okay, maybe I can find beetle for you, they almost as good. We had only been in the cabin about 15 minutes when the rain began. “I wonder who built this cabin?” she asked herself.

It began to rain hard now. “Well Steve,” said Kristina, “I sure hope you do not mind sharing that bed, I am just too tired and sore to sleep on that wood floor.” So she moved me over and climbed on and Storm came up too and went right under the blanket. By morning the clouds were gone and the sun was shining brightly again. Kristina was getting quite worried now, especially since no one found us yet. Did they drift that far off course?

There was a very nice, sharp knife in the cabin, plus a small club, something she knew how to use very effectively, if any undesirable characters showed up. The cabin could not be seen from the shore and that was a good thing. “Well Storm, I am getting very hungry now,” she began, “reminds me of when I was a young girl. My Dad died when I was six and my Mom when I was 8. I went to live with my aunt and uncle. They would often punish me by locking me in my room and not feeding me for 2 or 3 days.

My uncle would get drunk a lot and do bad things to me. My aunt made me do things I did not like. Hmm, I need a cat of my own so I would not feel so lonely.” Meowr.=Me know, me understand. Me too feel lonely sometimes. Then he looked and his ears went up. Meowr.=Look like boat far away. Kristina could see it too, but for some reason she did not feel good about seeing it. Storm tried his transmitter once more. Now that it was thoroughly dry maybe it would work.