Posted on April 2, 2020 by stevescountry 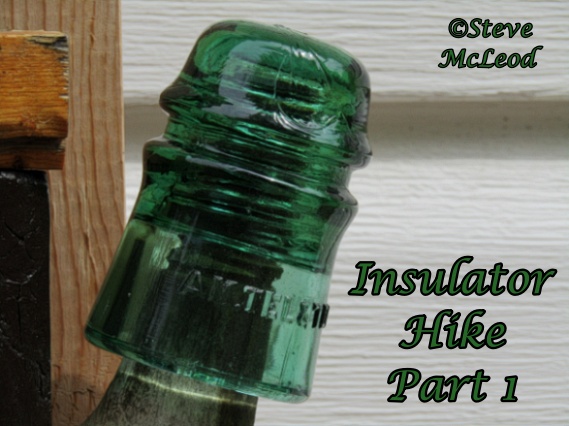 Hello everyone!  I thought it was about time for another story from my archives of great times with my dad and I.  We used to go out a lot on different adventures.  Dad was rather accident prone, something always seemed to happen to him when we were together.  But we still had a fun time.  So, grab some coffee and enjoy part 1. 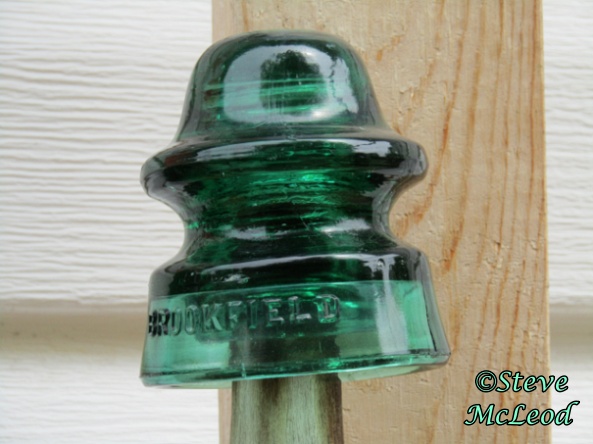 Here it is, a very beautiful, sunny, hot day.  The smell of creosote, from the railway ties, filled the air.  Dad and I were heading down to a section of the railway we hadn’t checked out before.  It was a long, hot walk.  Did I also mention it was a hot day?  And it always seemed to be hotter walking along the tracks.  Or maybe it was because I would rather be digging for old bottles, not looking for some odd shaped chunks of glass.  Anyway, soon we spotted an old beaver pond that had been drained.  This was as far as we had walked the last time, but the pond was full of water then, so we decided to check it out.

It was nice to get off those hot tracks anyway.  Many insulators ended up in the water, the linemen would often toss old unused insulators into any nearby water, so it was a good place to check.  It was also very steep getting down to this old pond.  And the gravel was dry and loose, and dad started to slide.  And when dad gets going, he really goes!  Amazingly he didn’t fall, he just started running down that steep embankment.  Amazing how fast he could run downhill and not fall.  However, it was inevitable that he would fall and he did, face first and kept right on sliding!

Finally he landed in the bushes which stopped him quite easily.  Considering how fast he was going, I was surprised he stopped that quickly.  Dad yelled quite loud when he hit those bushes.  I finally caught up with him.  Your nose is bleeding, I said.  He just kind of stood there feeling his nose and face, wiggling his nose.  Maybe if you didn’t wiggle your nose so much it would stop bleeding, I suggested.  Dad just looked at me.  We made our way through the bushes and came to the edge of the old pond.  AAAAAAAAAAA!!!!!!!!! dad yelled.  Poison ivy!!  It’s not very much, I said.  It’s too much, said dad.  Then why are you standing in it? I inquired.  AAAAAAAAAAAA!!!!!!!!!!!!!!!! dad yelled again.

He didn’t notice that little patch.  Just don’t touch your shoes or pants, I said.  BONEHEAD! said dad.  Not quite sure how standing in a patch of poison ivy can be enjoyable.  Unless you’re me.  Since it doesn’t bother me.  But it does hit dad hard.  Off into the old pond we went.  Sure enough, glass was sticking out of the ground here and there.  Didn’t find anything too exciting, but at least everything was in excellent condition.  Picked up a couple dozen from that old pond.  Then over by one edge an old cross arm was half buried.  Is that purple I see?  It is purple, but mostly buried.  So dad grabbed one end to pull it out of the mud.

Suddenly there is a swarm of wasps around dad’s head.  Wow, second time today running fast, and after that long walk too.  Odd that he isn’t tired by now.  He ran right into a little bit of water which he started splashing around.  Poor dad.  Just not his day.  I went over to him and handed a branch to him so he could get out of the water easier.  Seems his feet were a bit stuck in the mud.  But when I did that he decided to sit down in the water.  Odd.  Are you getting hot? I asked.  He claims I pushed him.  I just handed him the branch and poked him gently.  He claims I pushed hard so he lost his balance.