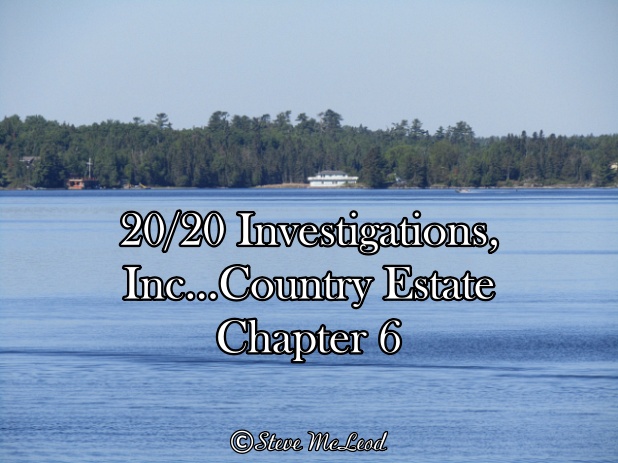 She’s gone! But how can that be? Poor Mr. Cat, he was lying on the floor. I pick him up and carry him to the living room. Someone was obviously in the room waiting, probably waiting for me to return. Whoever it was must have hit Mr. Cat with a stick, likely several times. Good thing he was wearing his backpack, that likely save his life. Fortunately it doesn’t look like he was hit on the head, so that’s good. But I think one leg was hit, will have to wait and see when Mr. Cat wakes up. Muffin is rubbing her head on his, and now licking his cheek. Meow, meow.=Please wake up Mr. Cat, it me, Muffin, she said softly to him. Then she turns to me. Meow, meow!=We get human who did this! Yes, Muffin, we sure will. I tell Muffin to stay with Mr. Cat while I check the house for Jessica. I also tell her to be ready and use her slingshot. We can’t trust anyone right now.

I quickly check all the rooms downstairs, the body of Anna is still here. Then I check on the cats briefly before heading upstairs. I check all of the rooms, but nothing. However, that one room looks different somehow. But I just couldn’t think what it was. Oh well, probably not important, so I go back down to the living room. When I got there, I couldn’t believe my eyes! Jessica was sitting there with the cats! Where did you come from? I woke up on the front lawn, she said, I feel a bit dizzy and I have a terrible headache. Muffin has been trying to fill me in on what’s been happening, she added. So I tell her what has been going on. Hey, I did not try to commit suicide, she said. I showed her the note, she just sat there staring at it and finally said, I can’t believe this, that’s my handwriting, but I sure don’t remember writing the note. And I certainly wouldn’t try suicide now that you’re here, why would I ask you to come if I was going to do that?

There is money in that drawer, she added, and it is for you, so take it now before it disappears. I already took if for safe keeping, so no one else would get it. Good, she said, keep it then. And if anything does happen to me, get out of here and call the police, let them figure out what’s going on. I then told her we were kind of stuck out here with no communication. Jessica just stared ahead when she heard that. I just thought of something, she said, Anna was great at copying handwriting, and I know she could copy mine easily, she showed me several times. Hmm, that’s interesting, I thought to myself. Then I told her about Anna. It’s Dave, she said, he never treated Anna right, she used to tell me about it. I guess I should have mentioned that before. It would have been good, I said, all information in a case is important. Her explanation seemed legitimate enough.

After that she got dressed and went to start making dinner. It was getting very dark, storm clouds were moving in, just like the forecast had said. I think the smell of food woke Mr. Cat. Meow, meow?=How you feel Mr. Cat? Meow.=Very sore and hungry. Okay, how’s this leg of yours? Meow.=It hurt, but I can move it. That’s good, did you see who did this? Meow.=It was woman hit me with stick. He paused, then continued, it look like Jessica, but I not sure. Hmm, I had already thought about that. But why would she do such a thing? It was time to eat and just as we sat down the storm hit. Wow, what a show of lightning! And that thunder really shook that big old house. Muffin and Mr. Cat didn’t like that thunder, I don’t think Jessica did either. Then the lights went out. Apparently that happens a lot out here when there are storms, and the electricity can be off for several days, said Jessica. Great, just what we need. There was one huge flash of lightning and Jessica screamed and pointed! Dave was standing there by the window. I jumped up and ran over to him…