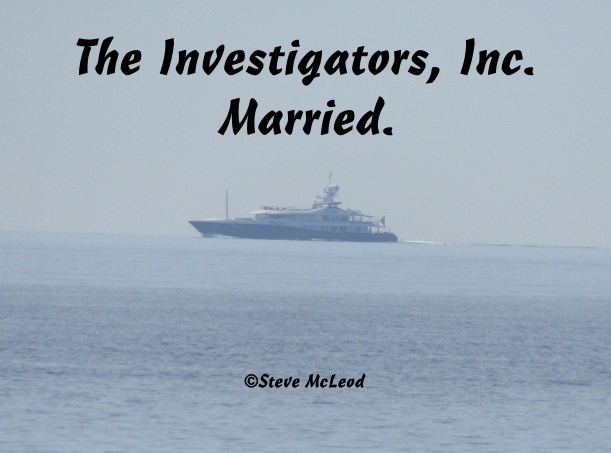 Katharina looked, then said, “I actually understood you that time.” She was still crying. Meow,meow=That because you change now. Muffin smiled at her. Then Katharina gave me a shot of that drug. She had no idea what it was or how it was made. “Now we just have to wait and see if it will work,” she said. The storm was getting much worse, the wind was shaking the whole hotel. A couple trees were uprooted and smashed against the hotel at the front. Fortunately the suite was at the back of the hotel. It was soon dark and the storm, with all of it’s fury, was still pounding that little island.

Several trees had now fallen, huge waves crashed against the beach. The dock was either buried or it was gone altogether. Poor Katharina, she was scared in this storm and no electricity in the hotel. “Do you know why there is no electricity in here?”, Katharina asked the cats. They look at each other. Meow,meow=We thought you stop electricity. “No, we never touched it,” she said, then added, “why did you blow up the boat with Jimmy and his daughter in it?” The cats looked at each other again. Meow,meow=We not do that, we think you do that. And it not Jimmy and daughter. Daughter still alive, Jimmy and parents are too, somewhere.

Katharina had a puzzled look on her face. “I always thought that perhaps someone else was on this island too,” she said. The cats ears went straight up. Katharina sat down on the floor beside the bed and held my hand. Then she sat up quickly and felt my forehead. “He’s burning up with fever!”, she said to Muffin. There was a container of water in the suite which she used to try and cool me down a bit. After about an hour the fever was gone. “It must be that drug I gave him,” said Katharina. Then we heard a noise and someone knocked at the door. The cats got ready, Katharina got her gun and answered the door. But no one was there.

She quickly closed and locked the door. Then a loud laughter in the hallway outside the door, then it was in our suite. “This is great,” said a voice, “a two for one catch, and now both of you will die.” And the laughter began once more, then suddenly stopped. “Be very careful Katharina,” said the voice, “helping the enemy puts you on the wrong side, so now you must die also. By morning you will all be dead.” Then there was silence. Meow=That only recording, not real human person. Meow,meow=I agree, voice familiar, not quite sure who it is though. Meow.=Yes, I agree, trying to remember voice too. “Um, could you two talk so I can understand too?”, asked Katharina.

Meow,meow=Sorry, I forget, we say voice is familiar, but not sure who it is. “Yes, it is familiar, and someone who knows me and doesn’t like that I’m helping Steve,” she said, “but I have been working alone on this and no one else knew what I was up to. Yet someone else knew from the start obviously, and they were here from the beginning watching everything and doing things too.” Meow!=It Gisela! She change voice a little, but it her, I know it is! Meow,meow!=You right, it definitely Gisela! You understand that one? And Muffin looked at Katharina. “Yes Muffin, I understood that time,” said Katharina, “but I see Mr. Cat still doesn’t trust me.” Meow.=Me sorry, just want to be very careful.

“That’s okay,” she said and gave him a big hug. Meow,meow=Wait, we forget something. And she told Katharina to get something out of my backpack. Then she plugged in a scrambler to it. Meow,meow.=Now we can talk safe, no one can understand us now. Katharina looked at it and said, “so that’s how you did it.” Meow,meow=Yep, we have gadgets. “So I see,” said Katharina. Then Mr. Cat showed her how to load their little launchers with fire bombs and smoke bombs, and their new screaming bombs. “Doesn’t all this get heavy?”, she asked.

Meow.=No, everything very lightweight, just right for us cats to carry around. Muffin was back beside me purring loudly as I had started groaning. Katharina checked me again and this time I was freezing cold. “Doc said it would lower his body temp quite a bit, but this seems dangerous,” said Katharina. Muffin whispered to her. Katharina got a big duvet that was in the closet and covered me. Mr. Cat called Baldwin to tell him what was happening and right then…

Previous chapters of this story can be found on my home page under “The Investigators, Inc.” Other stories can be found there as well.