Posted on October 7, 2021 by stevescountry 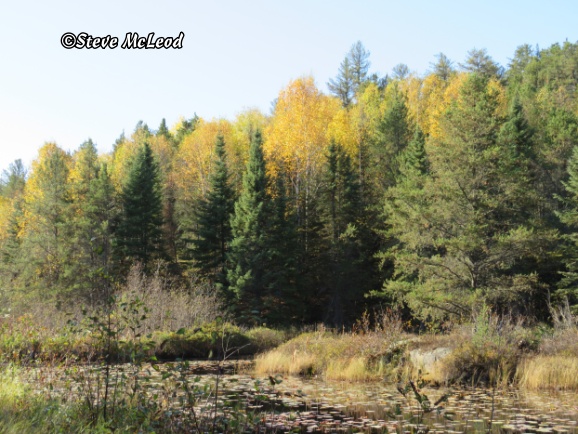 Good morning everyone! It is definitely another beautiful, sunny, warm autumn day. And the day has really just begun. It sure doesn’t get light very early anymore, and it gets dark so early too. The days will keep getting shorter though. I don’t know how people live in the far north where they really don’t get much, if any, daylight during part of their winter. It would drive me crazy. Yes, that’s true, I’m almost there anyway. Speaking of deer. I haven’t seen any around here for a long time now, except for a nice buck down the street.

For some reason he doesn’t like coming over here so I can get a picture of him. It’s possible he might come around at night. That doesn’t help however. He needs to come around during the day. The last place I lived there were deer around all the time during the day, summer and winter. Not in this part of town though. Here they only seem to like coming around in the winter. That makes it hard to get pictures of them without snow on the ground. There was, however, a disadvantage at the last place to having deer around during the day.

If they were too close to my mailbox, or standing in the driveway, I wouldn’t get my mail delivered. That happened numerous times, which was a bit annoying. I started watching for the lady who delivered the mail, since she always came right around 11am. I had a carport, just a roof really, at the end of the driveway right by the house. If it was raining, or snowing, the deer would come and stand or lie down under the roof. One day it was snowing so there were 10 deer under that roof, 4 bucks, (2 four point, 1 8 point, and 1 12 point buck), the rest were does and fawns from that year which were basically grown up by that time.

I was watching and the lady showed up and started walking up the driveway and stopped. I had my jacket on already so went out to meet her. I had to weave my way through the deer, 5 were standing, and 5 lying down. I met the lady and got my mail. She just stared at me and asked, “aren’t you scared?” “Scared of what?”, I asked. “Those deer, they could kill you,” she said. “I suppose they could if they wanted to, but they don’t want to. They know I’m not going to hurt them and all they want right now is some shelter.” So off I go back inside after making my way through those deer again. That lady stood there watching until I got back inside. Very strange. Time for more coffee, have a great day everyone and God bless!