The Investigators, Inc. The Search. Chapter 7. 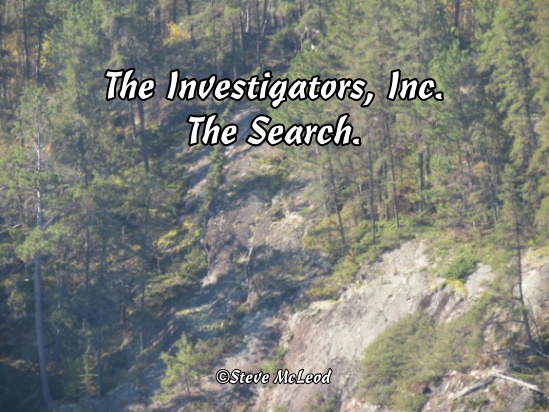 Well, tomorrow we start our ‘search’ for John, who now looks like Baldwin. But we also need to get that combination and find out what it’s for, that’s important to stop John before he takes over Baldwin Corporation. “Hmm, Calanthe was working with John,” said Annelie, “there’s an odd email in here that would suggest she is working with someone, even though his name isn’t mentioned.” “How did you get on her phone?”, I asked, “she had a password on there to stop anyone from checking it.” “Yep, she does,” said Annelie, “but it’s just 5 numbers and I saw her use it when she wanted to show me a picture one day.”

If we don’t do the combination right the first time it will lock and a 10 minute timer starts which sets of a bomb big enough to destroy whatever it is we want to find. Now it’s just to find out what we want, a safe, a vault, one of Baldwin’s houses, a yacht.” “And he has lots of all of those things,” said Rock with a sigh. “True enough,” I said, “it’s not going to be easy, but we have to work fast. And he did say this combination was the key to proving who he is. Wait, the word ‘key’, that’s not something used on a safe or a vault.” “Then perhaps we want a house or yacht, maybe even one of his cars,” said Rock.

“Well, that certainly narrows it down,” I said, “to about a few thousand places.” Rock laughed. Right now we are just telling the other men that Baldwin is in hiding until this is over and I think hiding is the right word for it, in a sense. After dinner we headed to the library to talk things over and come up with a plan that will work to stop John and also allow us to find this combination. Although the combination part we are not talking about right now in front of the other men. Annelie suggested getting to bed early so we could get an early start in the morning.

That sure sounded good to me, my back was still paining terribly from when Calanthe kicked me. After everyone was asleep Annelie left the chateau quietly and drove into town. She went right to the best hotel in town, went to the front desk and asked for Baldwin. The man called up to Baldwin’s room and one of his men answered the phone. “Hey, John, there’s a gal downstairs, says she has a message for you from Calanthe,” said the man. “Never call me John, I’m Baldwin now,” said John, “let her come up.” So Annelie went to Baldwin’s room and the man let her in.

“Why didn’t Calanthe come herself?”, asked Baldwin. “Because she’s dead,” said Annelie, “Steve figured out she was working with you and killed her.” “That little idiot, she wasn’t too bright,” said Baldwin, “I knew from the start it was a gamble having her help me. So what do you want?” “Well, you want Kat don’t you?”, asked Annelie, “I can get her to a place where you can capture her and use her as a hostage to bring Steve out in the open by himself. Then you could kill him and Kat at the same time.” “I like that thought,” he said, “are you sure you can get Kat somewhere without Steve around?”

“Sure, tomorrow is our normal shopping day together,” she said, “and Steve won’t come with us into that clothing store down the street, he’ll just watch from the car as usual. But he’ll have men in the car too, so you won’t be able to get Steve then. Just come in the back door of that store and you’ve got Kat.” “And how much will this cost me?”, asked Baldwin. “Well, you are worth billions, a few million wouldn’t even be noticeable for you,” she said, “then I can leave here and travel the world.”

Baldwin laughed. “You and I think alike,” he said, “I’ll give you 10 million now and another 15 million when I get Steve and Kat.” “Fair enough,” said Annelie with a smile, “we’ll be at that store about 10:30am, so be ready, it might be your only chance to get her.” Then she went to leave, but the other man stood in her way. But within seconds he was lying face down on the floor and Annelie had the door open. Then she turned to Baldwin and said, “I can be dangerous too.” Then she smiled and left.

290 Comments on “The Investigators, Inc. The Search. Chapter 7.”