Posted on November 17, 2021 by stevescountry 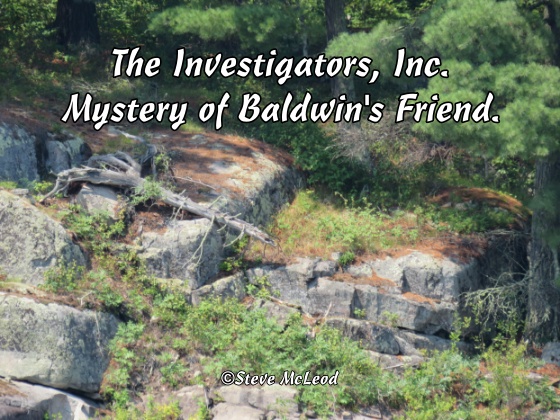 “Why are you calling me this time of night?”, answered a man with a husky voice. “We might have some trouble brewing,” replied Alex, the owner we had visited tonight. “What do you mean?”, asked the man. “We had someone visit here who is after Harold Stanton, and he came on rather strong,” said Alex, “seems he wants info about what Harold is doing and wants in on this.” “Then deal with the guy, get rid of him,” said the man. “It won’t be that easy Senator,” said Alex, “this guy has some muscle behind him, he came in here with 15 men tonight and trashed the place, taking pics of the patrons, took money and everything in my safe.”

“What do you keep in that safe of yours?”, asked the Senator. “Nothing important, a little about the business here, but nothing about what we are doing,” said Alex, “that stuff is all kept somewhere else where no one would think of looking.” “It better be safe,” said the Senator, “or you will not like what happens.” “Don’t worry,” said Alex, “but this guy is something to worry about.” “That’s your part,” said the Senator, “that’s why you’re on the payroll, so get rid of him, fast.” Then he hung up. “Let’s see if there is another phone call now,” I said.

We didn’t have to wait long. “Yeah,” answered a tough sounding man. “The guy that was in here tonight,” said Alex. “Done,” said the man and hung up. “You now have a price on your head Steve,” said Jennifer with a smile. “Good, we’re getting somewhere,” I said. “First time I have known someone to be happy about that,” said Kat, “so what now?” “Well, we have to let this person find me, and hopefully we stop him before he kills me,” I said, “and we want to stop him before paying Alex another visit.”

“Okay Steve,” said Annelie, “I have been checking and since you are an important hit right now the most likely man for the job is this man, who goes by the name of Stripe.” A picture shows up on our screen. Annelie, Rock and 2 men are in a car ahead of us. Kat, Jennifer, the cats and I, plus 2 men are in our car which is one of Baldwin’s armored cars, though it doesn’t look any different than a normal limousine. It’s bullet proof and even safe from a small bomb, though a large bomb might be a problem.

The other car is the same, and we each have computers and screens so everyone in the cars can see and hear what we are talking about. “His name is actually Steve Walters, but when he’s on a job he always uses Stripe,” said Annelie, “it’s because of his leather jacket which he always wears for a hit, that nice white leather stripe on the front.” “Makes him stand out nicely,” I said. “If you get a chance to see him,” said Annelie, “which isn’t easy. And it’s a rush job, and important, so he will have these two men with him, they are spotters, looking especially for you.”

Annelie did this sort of thing when she worked for Katrina, she knows everyone and how they work and who is most likely to do a job at any given time. We continue talking about what we are going to do tonight and within half an hour our driver spots a car following us. I tell him to pull into the parking lot of a nearby hotel and tell Rock to come up behind. We stop in the parking lot and I get out, somewhat nervously. Kat gets out the other side and one man from the front. The car following us pulled into the lot, but they should have been quicker. That means they dropped Stripe somewhere and he is now on foot.

The car stopped and Rock pulled in behind them and all of them jumped out running over to the car with guns out. I start walking over to them. Meow,meow!!=Fall!! And I did, just as a shot rang out. Kat responded quickly and the man fell. He had been standing by a tree across the street. A couple of the men ran to check and brought him back. It was Stripe. They dumped him in the back of the car that had been following us.

“Tell Alex if he tries that again he will be buried,” I told the men. Then we told them to leave, which they did rather quickly. “Okay Rock, take Annelie and some men, find out where Alex lives and check his house, thoroughly,” I said, “and keep in touch with Kat, she will be coordinating things for a bit. I’m taking Jennifer and the cats for a little trip and hopefully be back before morning.” “And what does that mean?”, asked Kat. I whispered to her what my plans were. She gave me that look as if to say I’m totally crazy. She might be right…

125 Comments on “The Investigators, Inc. Mystery Of Baldwin’s Friend. Chapter 3.”