Posted on February 21, 2022 by stevescountry 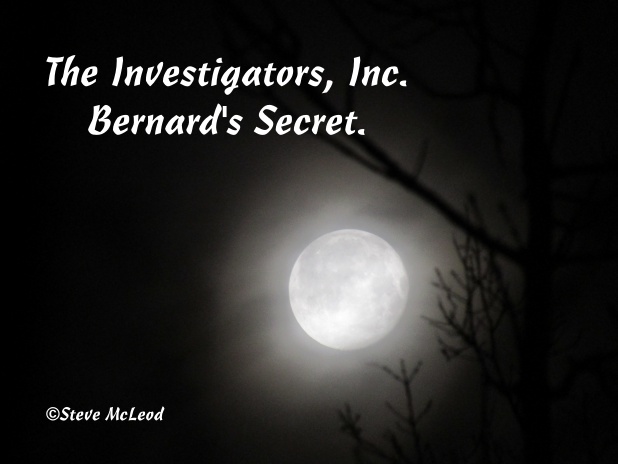 After those 3 shots Carine began to fall but I held her. She was limp. Kat came running over with Candace and they took Carine. Then a thumping noise to my right. I turned and looked. There was a man with a gun lying on the floor. I turned a bit more and saw Kristina standing there with her gun still out. She was the one that had shot, not the man. “I saw his gun in the moonlight,” said Kristina, “but I could not see who it was or exactly where. That is why the 3 shots, I wanted to make sure I stopped him.”

Right then Rock came crashing through the front door. When he is in a hurry, he does not bother to open doors, he just goes through them, or smashes them open. Meanwhile, Benji’s men tried to escape out the back way in a couple of dark vans. But before they even made it to the road a number of cars with Baldwin’s men had blocked their escape. The police were with them as well. A short gun fight erupted but Benji’s men gave up quickly.

Rock and Annelie were coming to the front door when they heard the 3 shots, that is when Rock came through the door. “Everyone okay?”, he asked. “Yes,” I said, ” we are okay, just a little shook up.” Rock and I went over to the man on the floor and Rock turned him over. It was John! Annelie checked him, he was very much dead this time, shot through the heart. “You finally got him,” said Rock, “that is great!” “No,” I said, “it wasn’t me, Kristina got John.” “Great shooting Kristina,” said Rock. “Thanks Rock,” she said. I went over and gave her a hug too.

“Thank you Kristina,” I said. “I know you wanted to get him yourself,” she began, “but he would have killed you.” “I am just glad he has finally been stopped. He is responsible for so many killings these past years,” I said. Then I started shaking and fell. Rock came over, “hey, he is covered with blood!” “He’s in shock,” said Annelie, “get that blanket from the car.” Rock ran out and brought it in for me. Benji got to his feet and “Thwock!, Thwock!”, down he went again. “That is Benji,” said Candace, “guess Carine won’t have to worry about him anymore.”

The cats came slowly out of hiding. Meow.=He hurt my adopted human Carine, not want him get away. Muffin and me talk and decide to stop him total. Meow,meow.=Yep, me agree with MC about this. “Hey, it is okay you two,” said Kat. It was off to the hospital for me. Carine had just fainted from all the excitement, something she just was not used to dealing with yet. But aside from cuts, bruises and losing some blood, I was okay and rejoined the others at the hotel.

The next morning we returned to the old house even though Kat really did not want me to go along, she figured I should be resting still. “I will rest when we get back home,” I said, “we only know part of Bernard’s secret so far and that is that John and Lydia were working together. Now we need to find out what John was looking for and obviously never found.” It was a nice sunny day which will make it easier to look around this house. But first, back to the painting above the fireplace.

The folds in the woman’s clothes made a perfect arrow, which pointed straight…down. Nothing there but the fireplace hearth. “Perhaps it opens,” suggested Jennifer. “Look around for something that might open it,” I said to everyone. Just then we heard that same kind of moaning sound which definitely came from the top floor. Kat and Jenny were first up there but saw no one.

The cats sniffed around, looking for a different opening than the one we knew about. Meow,meow!=Me find something! Just looked like part of the wall. There was a small picture on the wall right beside this spot and it was permanently fixed to the wall. But, I could move it a bit and sure enough, a narrow door opened. But there was just a small opening in the wall with nowhere to go. We looked all over but there was no sign of this going anywhere. Very strange really.

We went back downstairs, but as we came to the second floor that same moaning began, this time from one of the bedrooms. The cats ran quickly to the room and “Thwock!”, MC must have got someone. We all went down there and found our “ghost” which was a young woman with glowing clothes. Fortunately MC had only used his rubber ball so she was okay, just sitting on the floor with a very sore head…