Posted on March 6, 2020 by stevescountry

{For those who don’t know, all previous chapters can be found on my home page under 20/20 Investigations, Inc.}

Okay, time to keep climbing everyone.  I can’t do this, cried Sophia!  Then stay behind, yelled Rossana!  Meow!=I agree!  I’ll get that cat, said Sophia, I know she said something about me.  It wasn’t very far and we were at the top in a small room.  It was nice to stand up again.  There was a couple chairs, a table and a bed in here too, plus a large chest, like a treasure chest.  Sophia screamed, the jewels and opened right away.  She was rather disappointed when she saw it was empty.  Meow!=Aw, too bad!  Stupid cat, yells Sophia and tries to kick Muffin but misses.  Meow?=Now I bite?  Yes Muffin.  She sneaks around behind Sophia and bites the back of her leg.  Wow, did Sophia scream!  She went after Muffin but I grabbed her arm and pushed her onto the bed next to Rossana.

You just used up your last chance I said, once more and you will be left behind, no more warnings.  She glared at Muffin and laid down on the bed.  Muffin came to me and meowed a couple whispers, I whispered back to her.  I tried rearranging things in my backpack but there was no way it would fit in that tunnel.  I couldn’t even fit, there’s just no way to continue.  I sat down on one of the chairs and Muffin jumped onto my lap.  Meow, meow?=What’s that up there?  I look up and what looked like another stone up near the ceiling was actually a piece of metal.  I moved the table over and got a closer look, it’s screwed on, that’s great.  I get my screwdriver and it comes off quite easily.

Another grate covering the hole on the other side leading into a hallway of the palace!  Fantastic, I called out!  The girls came over and I told them the good news.  How will you get that grate off?, asks Rossana.  I have a backward screwdriver attachment which I put on and angled it through the bars of the grate.  It took a little bit but it finally fell to the floor.  I could see daylight coming from another hallway which means it’s morning now.  We didn’t have any way to tell time in there since my phone was dead.  I dropped my backpack through first and then Muffin jumped onto it so she would have a softer landing.  Then I pulled myself through, having to go head first I also dropped down onto the backpack. 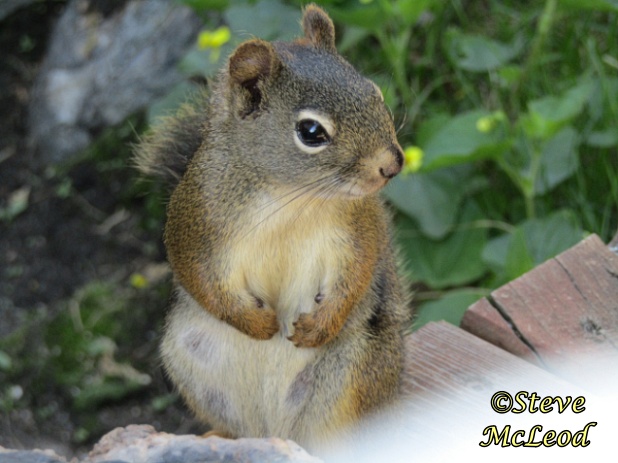 Next came Sophia, naturally, and I helped her down and she immediately ran off.  I figured that would happen.  Then Rossana came out too.  It was nice to finally be outside on the grass stretching in the sun.  But what about Sophia?, Rossana asked.  We can call the police to catch her, I said.  But right then Sophia came out from behind some bushes with a gun pointing at us.  I want those jewels, she yelled, but first…a shot echoed off the palace walls.  Muffin lay bleeding and lifeless on the grass.  I started to bend over, then anger got the best of me and I started to run towards Sophia.  Another shot, pain, I stopped and fell to my knees, Sophia still pointing the gun at me.  Then suddenly she fell backwards and Rossana went over to check on her and get the gun.

When she came back Muffin was on my leg stretching up to rub her head on my chin, still bleeding.  Muffin!  Meow, meow.=She couldn’t hit side of mountain.  Meow, meow.=I did it one foot.  Usually Muffin has to use both front feet to use her slingshot accurately, but this time just one foot.  And Rossana had loaded it with her steel muffin, which killed Sophia.  I cuddled her and said, you did the right thing Muffin.  Muffin ended up with a broken leg and me with a very sore shoulder.  I told Rossana where to find the jewels that Muffin had hidden the other night.  And the handwritten note from the princess that we found with the skeleton, and her ring, to prove she had been murdered.

Then off to the hospital for us to recover from our wounds.  It turned out that Rossana was an undercover police officer looking for Sophia and her accomplice to recover jewelry from their last robbery.  The police caught her accomplice trying to get away in one of the boats and he led them to the stolen goods.

There it is Muffin, we’re home again and look what’s here!  A huge box with Muffin’s new bed and play structure, which of course she wanted me to put together right away.  And what’s this in the mail?  Hey Muffin, we have a new case!  Meow!!=Yay!!  And this time we are off to….

A new adventure beginning next week!