Posted on February 11, 2021 by stevescountry 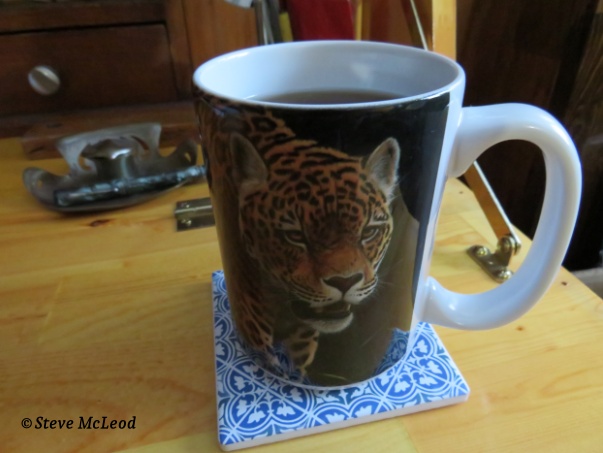 Good morning everyone! Coffee is ready, Muffin is waiting for all of you to come and relax with us and enjoy some pictures of summer as well! Somehow it seems to get colder outside each morning, at least it feels that way. Seems like I should be getting used to this by now, but I guess that’s just not possible. Especially with temps like -46F (-43C). Oh well, these temps will be gone shortly, by Sunday or Monday, and then it will be more normal temps for this time of year. For the second time this week I spotted something new out here yesterday. The other night was a beautiful red fox, he came around again 2 nights ago. But yesterday was a new bird.

I have heard this bird around several times earlier in the winter, but never saw it until yesterday. It was a black-billed magpie. Not an unusual bird in many parts of the country, but around here it’s unusual, we’re a bit out of their normal range. So it was nice to see, even if it isn’t exactly an exotic type bird. But they are quite beautiful with their black and white plumage and extra long tail. They are about the size of a crow, but with a long (12 inch, 30cm) tail. The tail especially is sort of an iridescent greenish black color which shines nicely in the sun. They are in the same family as crows and ravens and are a useful bird in helping to clean up the remains of dead animals.

I spotted magpies when I was in France but was unable to get a picture of them. They were smaller than our magpies, but their calls were similar. I tried hard to get a picture of this bird but unfortunately was unable to do so. He was on the ground out here but when I went out he flew up into the tall trees and managed to stay behind branches while I froze taking pictures that didn’t turn out anyway. Oh well, perhaps he will come back again, I hope so anyway. It would be nice to add his picture to my bird collection. Well, time to say good bye once again, though I will be back later. Have a wonderful day everyone and God bless!