Posted on September 5, 2019 by stevescountry 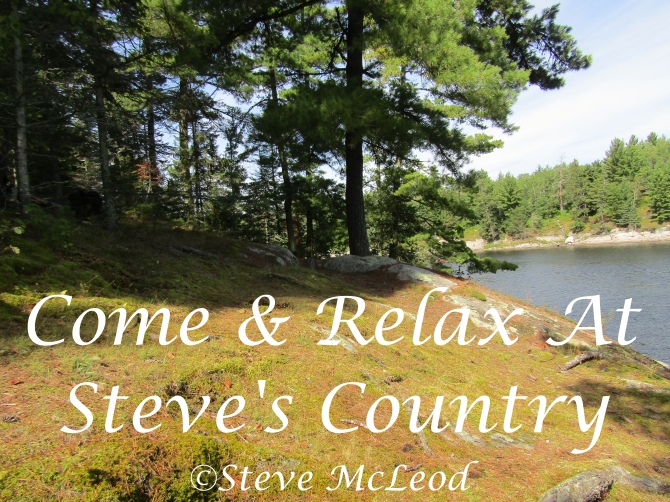 Hello everyone on this wet autumn day.  Yes, it’s raining again, but just lightly.  It seems to be raining most days lately.  Keeps it rather cool inside.  So my heater comes on in the mornings.  Muffin didn’t like it at first, which happens each autumn.  She is used to it now though.  And when winter arrives, she will often sit beside it or even right on top.  It’s definitely that time of year again.  It’s autumn. 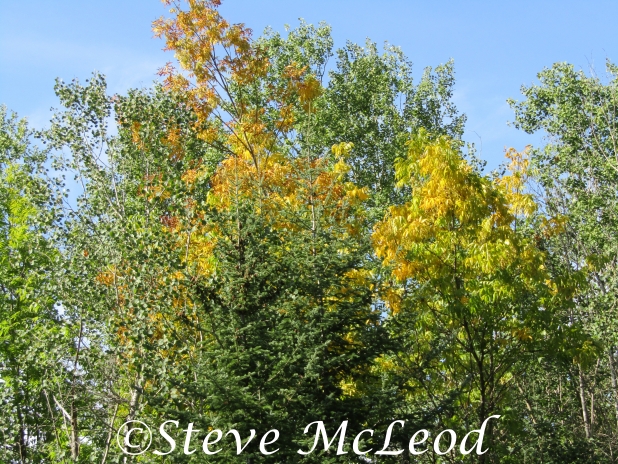 More and more the colors are beginning to come out nice and bright.  The deep red of the Virginia creeper is just so beautiful.  Even laying among the dry, brown grass it looks so bright and cheery.  Then there is the brilliant yellow of the trembling aspen.  And the fiery orange of the large toothed aspen and the mountain ash.  Then, of course, we have the golden yellow of the birch.  Here in town we also have the sunny yellow of the maples and the brilliant scarlet of the sugar maples.  Maples are not a native tree here but have been freely planted around town, some a century ago.  They grow and flourish just fine here.  It’s autumn.

Flocks of Canada geese are flying overhead each day now.  Some are heading west to the grain fields to feast a bit before heading south.  Others are just going straight south.  Seems most are just heading south this year.  Soon the sandhill cranes should be starting to fly past in large flocks.  These cranes often fly very high.  Too high to see them.  Yet they are still very easy to hear.  They have a very loud and unmistakable call.  The snow geese will follow later, though we don’t see as many of those.  It’s autumn.

During the summer walking along my forest path, I never saw a squirrel.  Though I did hear one a couple of times.  Now they are everywhere.  The path seems to be a natural boundary between their territories.  And they don’t usually cross it.  But when one does, look out, the fight is on.  Or at least, a good fast chase.  It happened the other day.  Squirrel one crossed the path.  Squirrel two spotted him rather quickly and the chase was on!  Squirrel two chased the other back across the path, but, he went too far.  And squirrel one turned and chased squirrel two back across the path, but he stayed on his own side.  It’s autumn.

I like to watch these squirrels cutting down pine cones.  They are amazingly fast.  This one squirrel was running along branches snipping off those pine cones with his razor sharp teeth.  And those pine cones were falling fast.  There were several in the air at the same time.  You don’t want to stand under the tree when those cones are dropping.  They are quite hard.  And dropping from a hundred feet (32+ meters) or more, they can hurt.  Even worse if it’s white pine.  Those trees can be 200 feet (64 meters) high or more.  They let the cones drop to the ground, then they go around and gather them to hide in different places for their winter food supply.  It’s autumn.

Days like this are real autumn days.  Cloudy, rainy, cool.  But we do get some nice sunny days too, some years more than others.  This year looks like it will be a wet year.  Happens sometimes.  It’s autumn.  I hope you all have a wonderful day and God bless!